Tonight there will be the start of the celebrations in honour of William Shakespeare’s 450th Birthday. The celebrations will be spectacular in Stratford on Avon, his birthplace and the home of the Royal Shakespeare Theatre. Resurrecting an old tradition, there will be a massive firework display over the River Avon behind the theatre. The display starts at 10.40 so it will be a late night for me but I am hoping to get a good view from the bridge in the Bancroft Gardens. I used to walk this way to school every day when I was a teenager so it will bring back lots of memories.

In addition to traditional pyrotechnics, the special birthday display will feature an 8 metre high frame (note this is smaller than the 1830 one!) depicting Shakespeare’s face, which will light up in ‘stars’ made of fireworks. It will be based on the Droeshout engraving of Shakespeare from the First Folio, and reminiscent of Juliet’s lines about Romeo~

Take him and cut him out in little stars,
And he will make the face of heaven so fine
That all the world will be in love with night
And pay no worship to the garish sun.

If you haven’t read my blog about the 400th Birthday celebrations you can find it at this link~ http://wp.me/p2gGsd-5c

There is also a wonderful Shakespeare blog here ~ http://theshakespeareblog.com/2014/04/fireworks-for-shakespeare/ 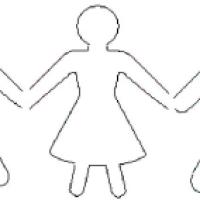