Seeing this old post box at Heligan reminded me that the prompt word for haiku-heights this week is  “time”.  The postbox is from the first world war period and is marked with the plain G R indicating it was from the time of King George V, who reigned for 26 years from 6 May 1910 to 20 January 1936.   It seemed fitting to link it with the sad fate of the gardeners who worked on the gardens

To fight at the front

I recently wrote about the mysterious Church of Ampney St Mary which had been covered in ivy and lost for years until it was rediscovered in 1913.

Today I visited an equally mysterious garden in Cornwall which had been lost in undergrowth and weed for over 75 years until it was rediscovered quite by accident in  1990.  Heligan had been the seat of the Tremayne family since the 16th Century and was surrounded by fabulous gardens which had been designed and added to by successive members of the family.  At the beginning of the 20th century there were 22 full time gardeners looking after the estate.  But in 1914 when war broke out they all had to go away to fight.  Before leaving one of the gardeners scratched a puzzling message into a wall saying, “Don’t come here to sleep or slumber…”.  Under the message were the names of the workers and the date August 1914.

16 of the 22 gardeners were killed in the war and the fortunes of the Tremayne family home were altered for ever.  During the First World War Britain suffered a terrible decline in its social and economic structures.  Many large estates were broken up including Heligan.  The house itself was rented out and the gardens became overgrown through neglect until they all but disappeared.

That could have been the end of the story but John Willis, who is a descendent of the Tremayne family who lived in the area visited Heligan with some friends.  While exploring he found a tiny room buried under fallen masonry and there on a wall he found the gardener’s sad message.  It captured his imagination and along with his friends he decided to restore the gardens to their former glory in memory, not of the great people who had owned the estate, but of the great gardeners who had worked on it.

And so the amazing restoration of the Lost Gardens of Heligan began.  It is an ongoing project but the gardens today were magnificent.  My favourite bits are the Crystal Grotto, the flower garden and the jungle.  My favourite plant was the tree fern.  But the whole place is enchanting, atmospheric, mysterious and inspirational.  I  saw lots of wildlife and half expected to see fairies dancing in the woods!

Do enjoy the photos I took today in the flower garden and take a look at the website for the Lost Gardens of Heligan. 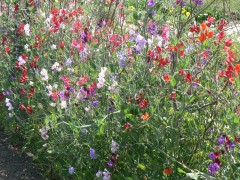 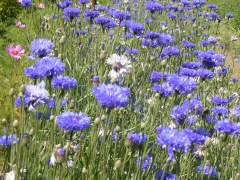 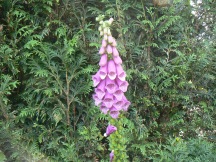 34 thoughts on “Lost Gardens of Heligan” 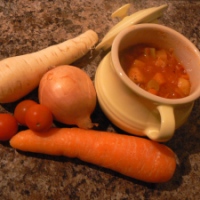