This week’s word prompt at haiku heights is the word “Chivalry”.  My understanding of this word for the modern age is an honourable person with strength ~ of mind, body and soul, who is courageous and disciplined and uses their power to protect the weak and defenceless.  This defines Nelson Mandela perfectly in my opinion.

He fought with true dignity

And changed the whole world

For freedom and harmony

He gave his whole life

Prepared to die for his cause

He rocked the whole world

My grandson, Ben, was reading a book about Nelson Mandela for his homework on Monday and it was wonderful to have the opportunity to discuss this living legend with him.  Someone once said “If you can’t explain it to a 6 year old, you don’t understand it yourself”.  I hope I gave Ben and Rosie a clear view of just how extraordinary and special this man is.  In fact I said that in my opinion he is a living saint!

I can’t imagine a world without Nelson Mandela, I am sure it will be a poorer place.  All my adult life he seems to have been in the news or making the news.  I remember the protest marches, the Sharpeville Massacre which took place on 21 March 1960 and shocked the world.  And how could anyone forget the fabulous song, “Free Nelson Mandela”, by the Specials.  You can listen to it here and I bet you can’t keep your body still ~ you just have to dance!  It reminds me of the cricket club I went to near Kisumu in Kenya with some friends in 1985.  The Tanzanian band played all night until the early hours and the dancing was out of this world.  I was lucky enough to go to one of the original tour concerts of Ladysmith Black Mambazo in 1987 too.  I will never forget that night, especially the township jive!

So, while the irreplaceable 94 year old, is still struggling for survival in a Johannesburg hospital, I thought I would pay tribute to him in my blog.  Firstly I would like to honour him by using his own name!  He was named Rolihlahla Dalibhunga by his parents but was given his English name, Nelson, by a teacher on his first day at school.  He is fondly known by his clan name – “Madiba” among his own people.  It is from the Xhosa tribe to which he belonged.

He wrote his own story in a book called Long Walk to Freedom.
Mandela expressed his goal so eloquently from the dock in court in 1964 thus:

“I have cherished the ideal of a democratic and free society in which all persons live together in harmony and with equal opportunities,” he said.

“It is an ideal which I hope to live for and to achieve. But if needs be, it is an ideal for which I am prepared to die.”

I think that he achieved his life’s ambition and he has left a great legacy in the form of the Elders.  They give me hope that the world will one day be a free, fair and just place for all people regardless of creed, colour or politics.

You can find all the facts and figures about Nelson Mandela’s life on the wonderful BBC site just click the link.

9 thoughts on “My tribute to Nelson Mandela” 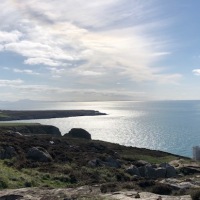