What a strange coincidence, UK’s top cyclist, Bradley Wiggins and head coach for the GB cycle team, Shane Sutton both had cycling accidents within 24 hours. Fortunately, both men survived their accidents. Bradley Wiggins, the Tour de France winner, was discharged last night with broken ribs and a bruised hand according to the news.

Shane was taken into hospital where it was identified he has suffered bruising and bleeding on the brain. Shane was wearing a helmet. He is set to undergo more tests, and is likely to stay in hospital for the next few days. It is extremely rare that our riders and coaches are hurt while out cycling on the road, even rarer that two incidents should occur in a short space of time, and we wish Shane and Bradley a speedy recovery

Sadly, cycling accidents don’t always have this outcome. On Saturday 15th January 2011 my dear friend from college days was killed cycling on an organised 100 km club run for charity in the Severn valley. It was a foul morning, windy and pouring with rain. But Pat was a very experienced cyclist who used to be a racing cyclist and had cycled in France. I clearly remember my 60th birthday when Pat turned up in full cycle racing gear although she was a bit older than me, having ridden all the way from Berkeley to Cheltenham.

On the day she died, Pat was almost home when she was in collision with a van towing a trailer beneath a narrow railway bridge. It was no-one’s fault, simply a tragic accident. It happened near Old Westfield Farmhouse and there was a retired doctor at lunch there. He gave Pat CPR immediately; the emergency services arrived quickly, and Pat was airlifted to Hospital. It was comforting to hear from that kind doctor that Pat would not have suffered at all.

Pat was definitely one of life’s great characters and we used to have a lot of fun at college and afterwards when we shared a flat in Cheltenham. Before she came to college Pat had been a riding instructor and she continued with this in holidays from college. In the first year at college we shared a tiny bedsit behind Coventry Football Club. We had a wonderful time causing havoc in the local area with our practical jokes and outrageous (but very innocent) behaviour. We had our own favourite corner in the local pub and used to tease the local shopkeeper by asking him for exotic foodstuffs that he had never heard of.

In our second year we moved into college at Newbold Revel (the middle of nowhere) in Warwickshire, and again shared a room. Here we had more fun than ever, breaking every rule we safely could, and bending the rest. Pat loved all animals and our room was soon home to all sorts. We had snakes, guinea pigs, gerbils and hamsters, all of which Pat hid and bred from. On one hysterical occasion I remember, we had a young novice nun visiting our room ~ did I mention our college was a convent? She saw a lovely fur hat on the bed and without asking picked it up and put it on her head. Unfortunately for her, the hat was a nest full of gerbil babies. I’m not sure who got the biggest fright ~ the nun or the gerbils.

Pat’s most adventurous pet was a very young, tiny and absolutely adorable Shetland pony. I remember going to collect the pony. Pat borrowed a car and took out the back seats to put the pony in. We drove it back to college and installed it in the grounds. This Shetland pony was called Rupert and it went almost everywhere Pat went, except the Bahamas. Rupert eventually moved to Berkeley where Pat settled with her husband John and children, Lindsey and Robbie. Rupert lived for over 30 years, joined later by Old English Sheepdogs which Pat bred, and a goat called Fosbury.

After College Pat and I decided we would look for teaching jobs together. We applied in Gloucestershire because Pat had been born here in Cheltenham. Her father was the Chest Consultant at Salterley Grange when it was a TB hospital. We got a flat together and started our careers. Pat taught in a secondary school and I taught in a primary school. Every evening after school we would meet for malted milk in a Montpelier café before going back to our flat to work. We loved Cheltenham and again had a very good time and lots of fun.

Eventually we both got married. Pat’s husband went off to teach in the Bahamas and as Pat was expecting a baby, she came to live with me again. She stayed for a few months until her beautiful baby, Lindsey was born. As Pat’s husband, John, was in the Bahamas, I was allowed to be with her at the birth. Typically for Pat, the delivery started dramatically. Pat was at the dentist having her wisdom teeth out when she realised her contractions had started. When the dental treatment had finished she said we ought to go straight to the maternity hospital as she was in labour. In those days I had no car so we caught a bus!! While I got dressed in a gown and green willies.  Pat was whisked off to the labour room. Before long the baby arrived. It was the most moving thing I have ever been privileged to see. When Lindsey was a few weeks old she and Pat set off for the Bahamas to join John. They were there for 5 years altogether and Robbie was born there. When they came back they lived in Cheltenham for a while before moving to Berkeley. They bought a lovely old cottage which they set about restoring. Pat was often to be found up a ladder as she personally reroofed the house. There was a large garden where Pat grew her fruit and veg. There was also a little paddock where she kept Rupert and later Fosbury. Indoors she bred her Old English Sheepdogs. Pat was an outdoor person so although she taught for a while in Gloucestershire she soon gave teaching up and became a Postwoman. This was when Pat discovered her love of cycling. She was never happier than when cycling around the villages delivering mail and chatting to people.

When Pat was killed both of her children were expecting babies. Lindsey, who already had 3 children, gave birth to a little boy called Isaac and Robbie’s wife had a little boy called Ollie. They were both born in March 2011 so Pat did not see them. But she would have been so thrilled with them, as she was with Lindsey’s other children. The boys are delightful and I am sure they have a lot of Pat in them.

Pat’s cycling friends said she brought a touch of eccentricity into cycling. She did time-trials with Dursley RC for many years as well as road racing and taking part in numerous cycle-cross meetings. She also joined the Stroud Valleys Cycling Club competing in time trials and races as well as fun events such as ‘man versus horse’ in Wales. Pat was a brave lady, a regular Hard Rider and particularly enjoyed the hill climbs. Her forte was as a cross-country mountain biker, and she regularly featured in the national results. One season she took the National Lady Veteran’s title. The fun touch, though, was never far away.

I remember Pat once did the 58 mile London to Brighton race on a unicycle! My children had great fun learning to ride her unicycle when they were young. In later years she took up bog-snorkelling and of course won at the Llanwyrtyd Wells mountain bike event. Pat’s determination stood her in good stead some years ago when she fell out of a fruit tree in her garden and broke her back. When the ambulance men arrived she told them not to move her as she knew she could be paralysed. She made them put her on a spinal board and drive at 4mph all the way to Bristol Hospital. Once there it was confirmed that her spine was indeed broken and she had a permanent metal framework inserted around her spine. One of her party tricks after she had recovered, which of course she did, was to put magnets on her back to amaze people. In a few months bionic Pat was back in the saddle doing what she loved most, riding her bike.

Pat she taught herself to ski and to speak French so that she could join a cycling club in France where she and John had a second home.

She was a great friend and she is sorely missed.  Today’s news just brings it all back for me as I am sure it does for all her cycling friends, and especially her lovely family.  The world is a sadder and duller place without her. 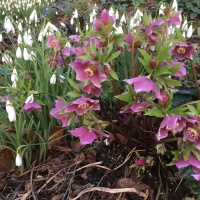 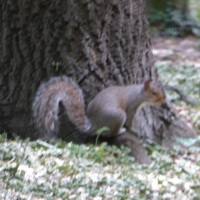