At the entrance to the garden of remembrance in my local cemetery there is a startling white cross.  At its base these words are written:

Who died during the Famine

I have seen it every week on my way to visit my husband’s memorial stone on the place where his ashes are buried.  I have often stopped to stare in horror at that number ~ 7 million ~ half of them children, who starved to death as a direct result of the man-made famine, which was the means by which Stalin enacted the great genocidal terror just 90 years ago.

But in the last fortnight this horror has been replaced by amazement and disbelief that we now have a new Stalin in the world in Mr Putin.  Fortunately we have TV news, social media and much better communications now than we had in 1932.  We also have friends and neighbours with families living through the current horror of war in Ukraine.  So, every wicked act that is carried out in Mr Putin’s name will be recorded and documented, hopefully to be used to try him for genocide in the Court of Human Rights, when he is defeated.  And make no mistake, this is entirely Mr Putin’s war.

Here in the Cotswolds as Spring breaks out, people are coming together to help in any way they can.  Big organisations are collecting money and aid.  But individuals and local communities are helping too.  A young man who works alongside his Ukrainian friend decided to fill a lorry with essentials and take it over to the Poland/Ukraine border.  He put a request out locally and within days he had to move from a school hall to a huge warehouse as so many donations came in.  Large companies then got involved by offering huge container lorries to take the humanitarian aid across Europe. So to date several lorries have successfully arrived on the Polish border and real-time video updates are sent back to show supporters  exactly where their donations have gone.  Another lorry will be filled tomorrow, entirely by local volunteers. And, the last lorry from here will leave on Wednesday.

People have donated everything you can think of that people might need.  Others have sorted, packed and labelled the donations.  It has been a heartwarming experience to be part of this outpouring of love and compassion for our fellow man.  It is goodness in action.  I, personally have several dear friends who are Russian.  I am godmother to a wonderful young Russian woman so I will never believe that the ordinary citizens of Russia support this war.

This is Putin’s war and the rest of the free world must ensure that he loses it….

“For we are not fighting against human beings but against the wicked spiritual forces in the heavenly world, the rulers, authorities, and cosmic powers of this dark age  So put on God’s armour now! Then when the evil day comes, you will be able to resist the enemy’s attacks; and after fighting to the end, you will still hold your ground.” Ephesians 6; 12-14 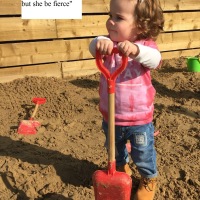